I Missed This on Friday 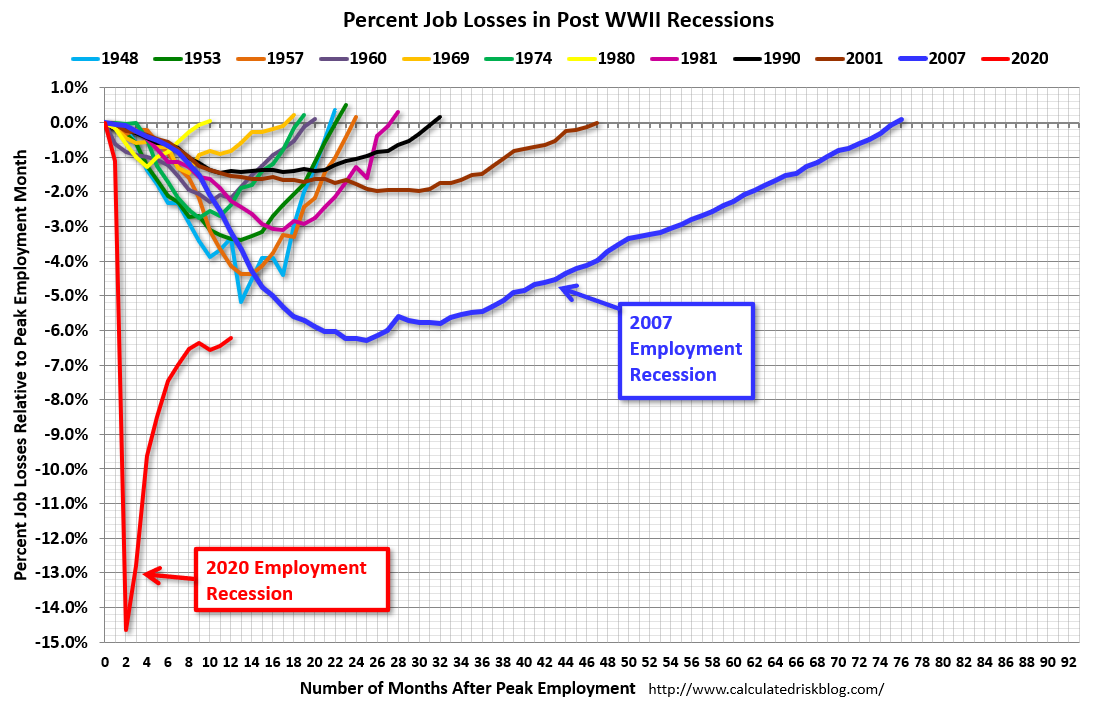 The Return of the Scariest Job Chart Ever 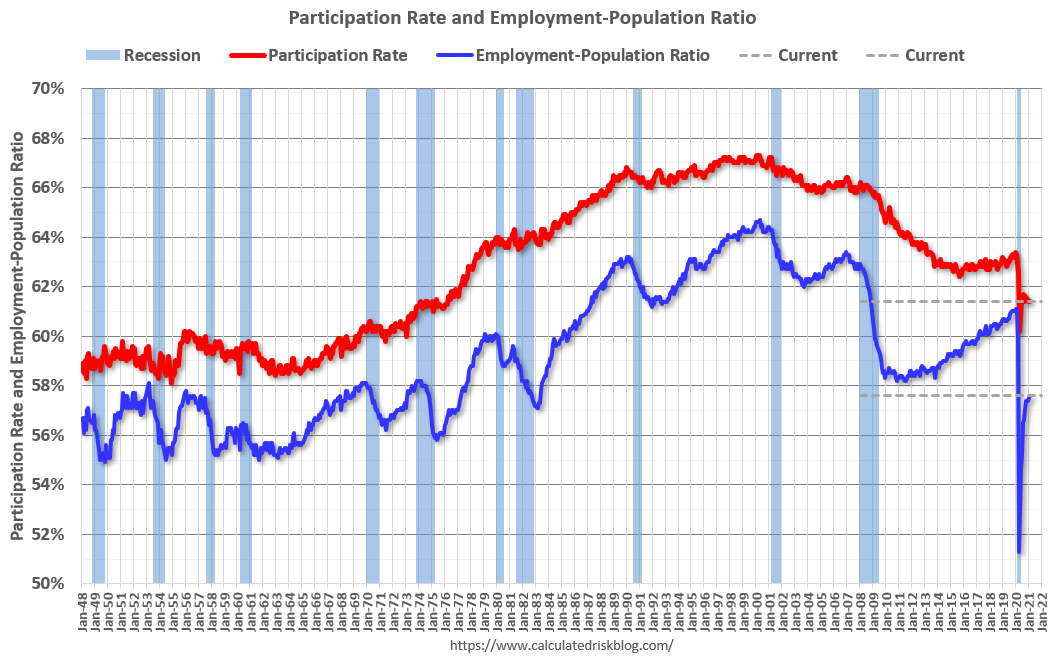 Workforce participation is still at a 45 year low
Largely because we changed cell phone providers, and my attempts to BYOD have been ineffective. (Not having a cell phone right now is a major drag).

The February employment report came out on Friday, and it was generally positive from a month-to-month perspective, but the job numbers are still worse than they were at the depths of the 2007-2012 recession.

As Calculated Risk observes: (They are also responsible for the graph pr0n)

The current employment recession was by far the worst recession since WWII in percentage terms.

At the worst of the Great Recession, employment was down Down 6.29% from the previous peak.

Currently employment is down 6.21% - the current unemployment situation is about the same as the worst of the Great Recession (and there was no pandemic to contend with in 2009).

I think that saying that we, "Are not out of the woods yet," is too week a metaphor.

I don't think that we have even reached the halfway point in Mirkwood.

Posted by Matthew Saroff at 8:45 PM