This is Not a Growing Vibrant Economy 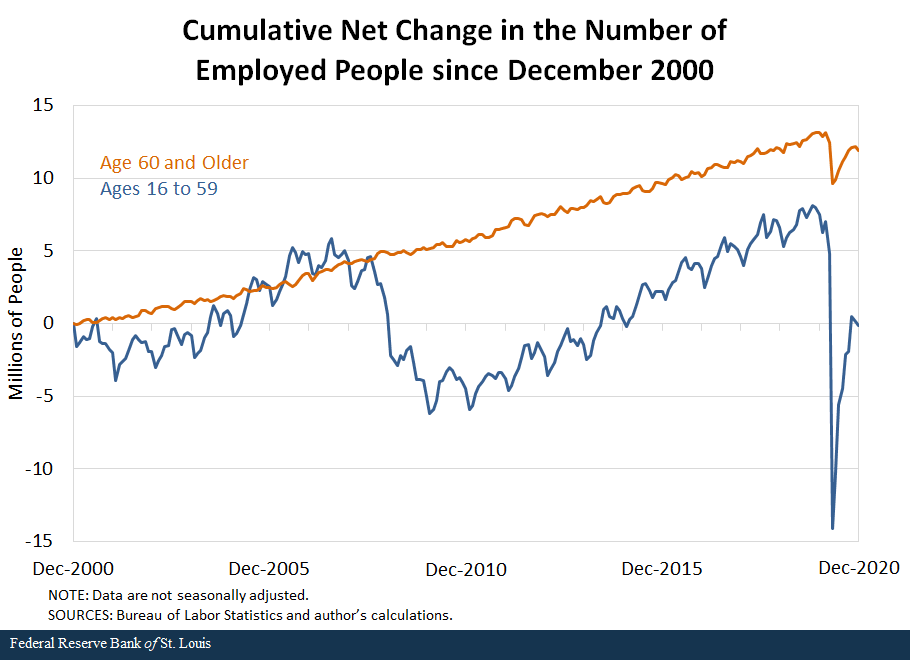 To put that in perspective, 101% of all the jobs gained in the past 20 years were among people who would have retired if the economy actually worked for people.

This might explain why the economists' view of our economy, and that of ordinary people diverge so sharply.

To quote Douglas Adams, "This planet has - or rather had - a problem, which was this: most of the people living on it were unhappy for pretty much of the time. Many solutions were suggested for this problem, but most of these were largely concerned with the movement of small green pieces of paper, which was odd because on the whole it wasn't the small green pieces of paper that were unhappy."

What is going on, at least if you don't buy into the rosy scenario promulgated by the St. Louis Fed, is that older people are working longer, because life has become more more precarious, with the end of defined benefit pensions, Wall Street looting of defined contributions (IRA, 401(K), etc.), and the general fall in wages over the past 45 years.

So people CAN'T retire, and younger workers are finding that the jobs that they would ordinarily get during their careers are not opening up.

It is a recipe for social unrest and extremism, but the green pieces of paper are quite happy:

This age-skewed labor-market outcome was the result of two differences between the groups:
With the exception of the large decline in the E-P ratio of the younger population, which is difficult to predict in the years ahead, the basic trend of rising employment among older workers is likely to continue for some time for the following reasons:

Posted by Matthew Saroff at 6:47 PM