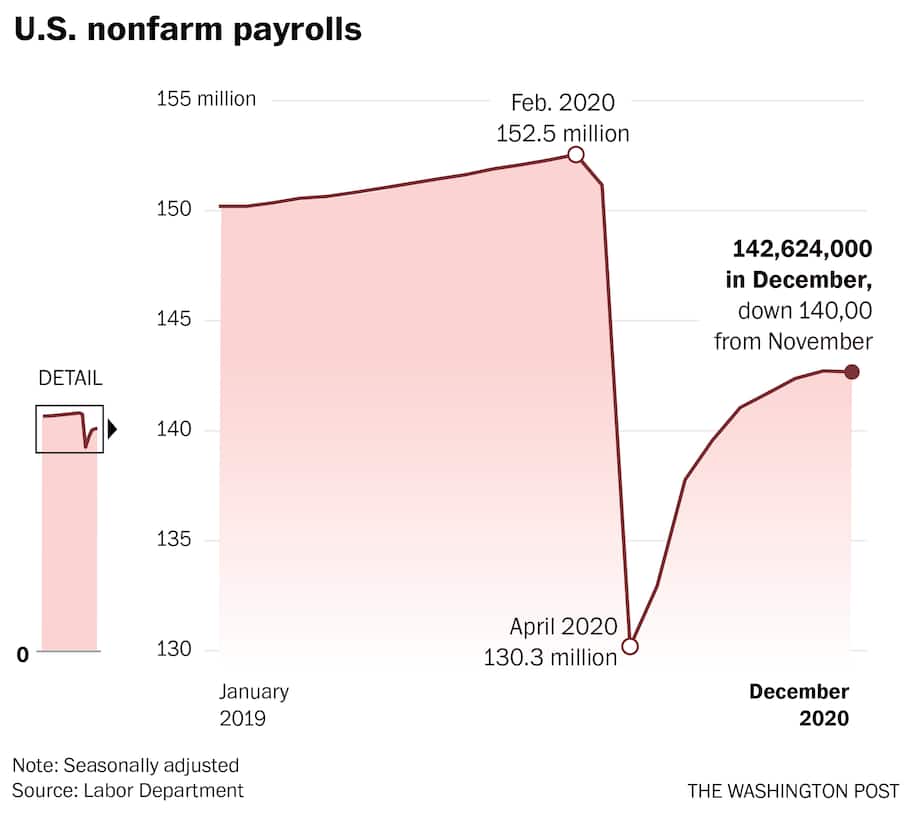 The earlier stimulus efforts that propelled the economy have ended, and gravity has reasserted itself:

The U.S. economy shed 140,000 jobs in December — the first month of decline since the earliest months of the pandemic, as the recovery makes a U-turn after months of surging infections and delayed congressional action.

The report, the last of President Trump’s time in office, showed the havoc that the pandemic continues to wreak on the economy as the country struggles to control the level of infections.

Employment in leisure and hospitality industries declined by 498,000, the majority of that at restaurants, bars and other food service establishments, which have struggled amid limitations from cold weather and a new round of restrictions across the country.

Employment in another tourism-related category — amusements, gambling and recreation — fell by 92,000. Government employment declined by 42,000. These declines offset modest gains in other sectors, such as professional and business services, retail and construction.

“It’s a damaged labor market,” said Augustine Faucher, chief economist at the PNC Financial Services Group. “But it is a labor market that is poised for recovery, given the fact that we are seeing the vaccine. With support from the federal government and support from the Federal Reserve, it could see a strong rebound over the next few years.”

Too many blither idiots (I'm talking to you, Larry Summers) are more concerned about hippie punching than they are about fixing things.

Posted by Matthew Saroff at 6:14 PM