Some Art Director is a Troll 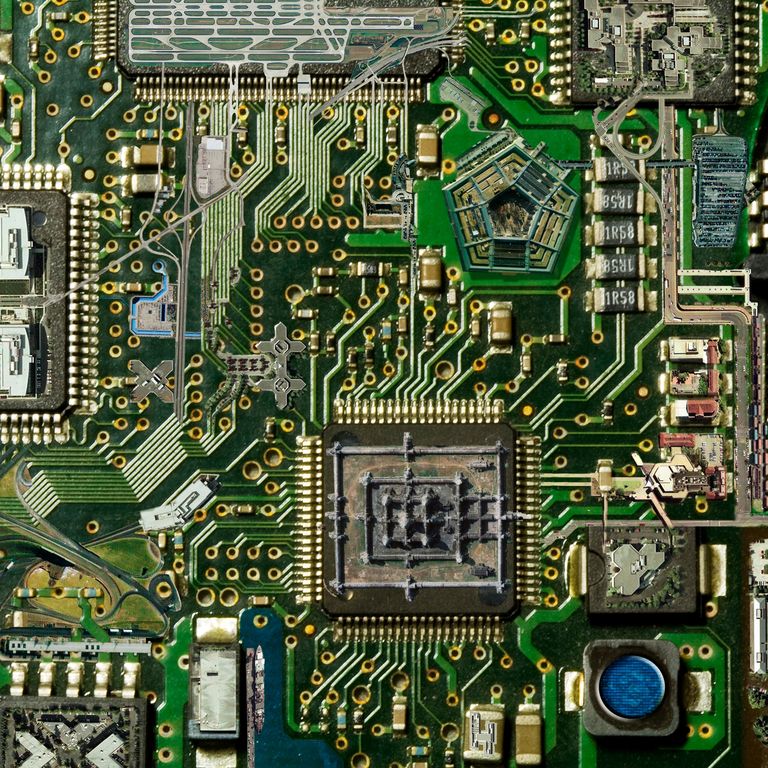 I see the Pentagon, Angkor Wat, and a Delta Hub
To be fair, he is a damn good troll , though.

Popular Mechanics has an article about something called Racetrack memory, which has the promise to revolutionize memory storage.

It probably doesn't, because we get one of these stories every few months, and it rarely pans out.

What the good folks at Naked Capitalism noticed was that the circuit board shown in the lead image has a number of relatively prominent landmarks.

You can find more if you go to the Flikr page and hover over the image.

I really hope that he doesn't get in trouble over this.

Posted by Matthew Saroff at 6:58 PM