Seriously, Do Chriso-Fascists even Read the Bible? 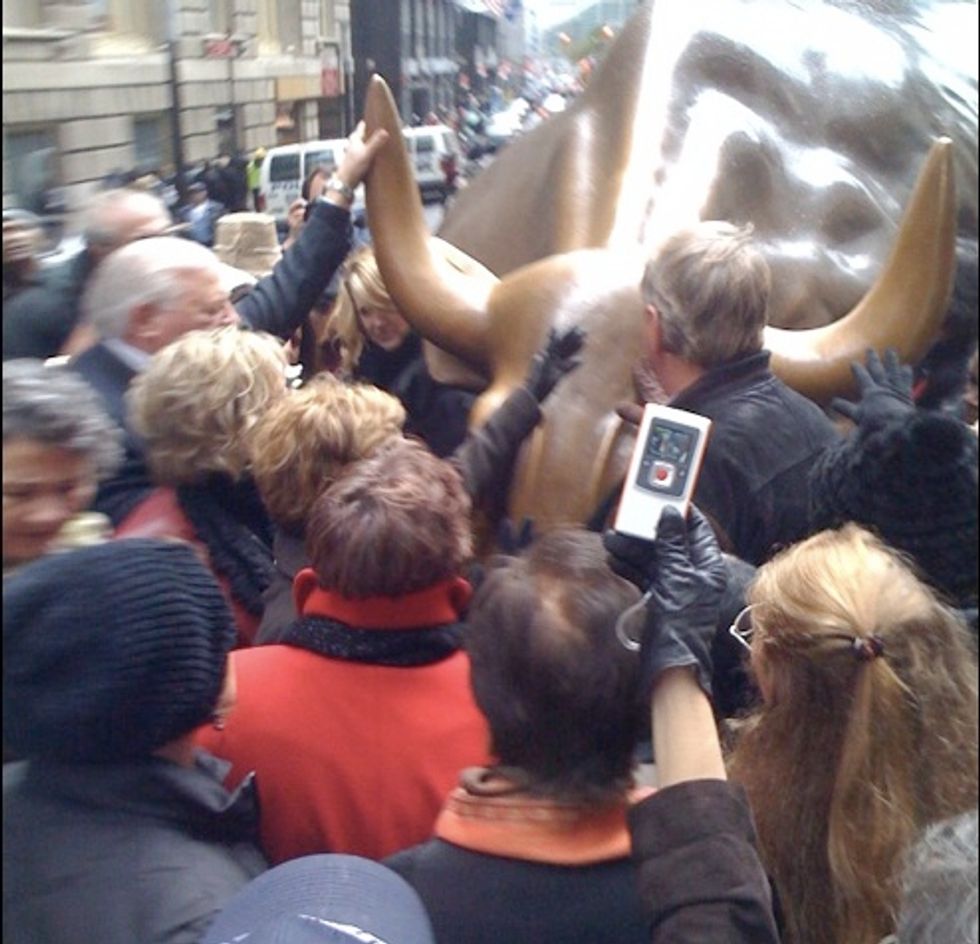 The grand high priestess of snark, Wonkette, notes that a Christian group has called for prayer to repair the broken financial system.

While the obvious rejoinder would be something about chasing money lenders out of the temple, that's not my holy book, but Christo-Fascist (she says it's because of gay marriage) nutcase Cindy Jacobs has done me the favor of allowing me to go seriously Old Testament* on these folks:

For these and other reasons Cindy is calling for a Day of Prayer for the World’s Economies on Wednesday, October 29, 2008. They are calling for prayer for the stock markets, banks, and financial institutions of the world on the date the stock market crashed in 1929. They are meeting at the New York Stock Exchange, the Federal Reserve Bank, and its 12 principal branches around the US that day.

“We are going to intercede at the site of the statue of the bull on Wall Street to ask God to begin a shift from the bull and bear markets to what we feel will be the 'Lion’s Market,' or God’s control over the economic systems,” she said. “While we do not have the full revelation of all this will entail, we do know that without intercession, economies will crumble.”

On a more amusing note, that photograph really does look like the one from The Ten Commandments.

*Normally, I do not use the term, "Old Testament", I use the term Tanakh, because "Old Testament" implies that there is a "New Testament" out there, which is somehow divinely connected, and I do not accept the divinity of the Christian bible. In this case, however, the phrase, "Going seriously Tanach on these folks," loses something in the translation.