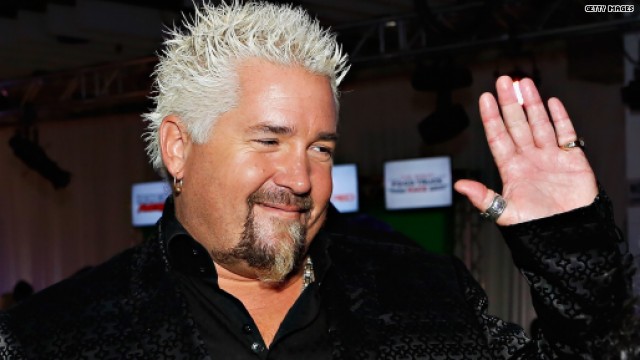 What's more, I'm not alone I am one of roughly 50,000 people who have signed a petition to rename Columbus, Ohio, to "Flavortown," as an homage to celebrity chef Guy Fieri.

I am NOT a fan of Fieri's TV shows, but, you know, pandemic, bored, slowly going crazy, and he has been doing good work when he's not doing his job on TV, which appears to be portraying a bleach blond hedgehog:

“Columbus is an amazing city, but one whose name is tarnished by the very name itself. Its namesake, Christopher Columbus, is in The Bad Place because of all his raping, slave trading, and genocide. That's not exactly a proud legacy,” the petition states, referencing both a line from the NBC series “The Good Place” and passages in the explorer’s own diary describing atrocities committed on the island of Hispaniola.

“Why not rename the city Flavortown? The new name is twofold. For one, it honors Central Ohio's proud heritage as a culinary crossroads and one of the nation's largest test markets for the food industry,” it goes on to state. “Secondly, cheflebrity Guy Fieri was born in Columbus, so naming the city in honor of him (he's such a good dude, really) would be superior to its current nomenclature.”

"Even though it's my favorite city, I was always a bit ashamed of the name," Tyler Woodbridge, who started the petition, told CNN.

Woodbridge added that Fieri’s charitable work on behalf of restaurant workers, raising more than $20 million for those who lost work or wages during the coronavirus pandemic, made him a worthier namesake for the city.

Go, sign, and if you live in "Flavortown", talk to your elected officials.