Gawd Help Me, I am Praising New York Jets Management 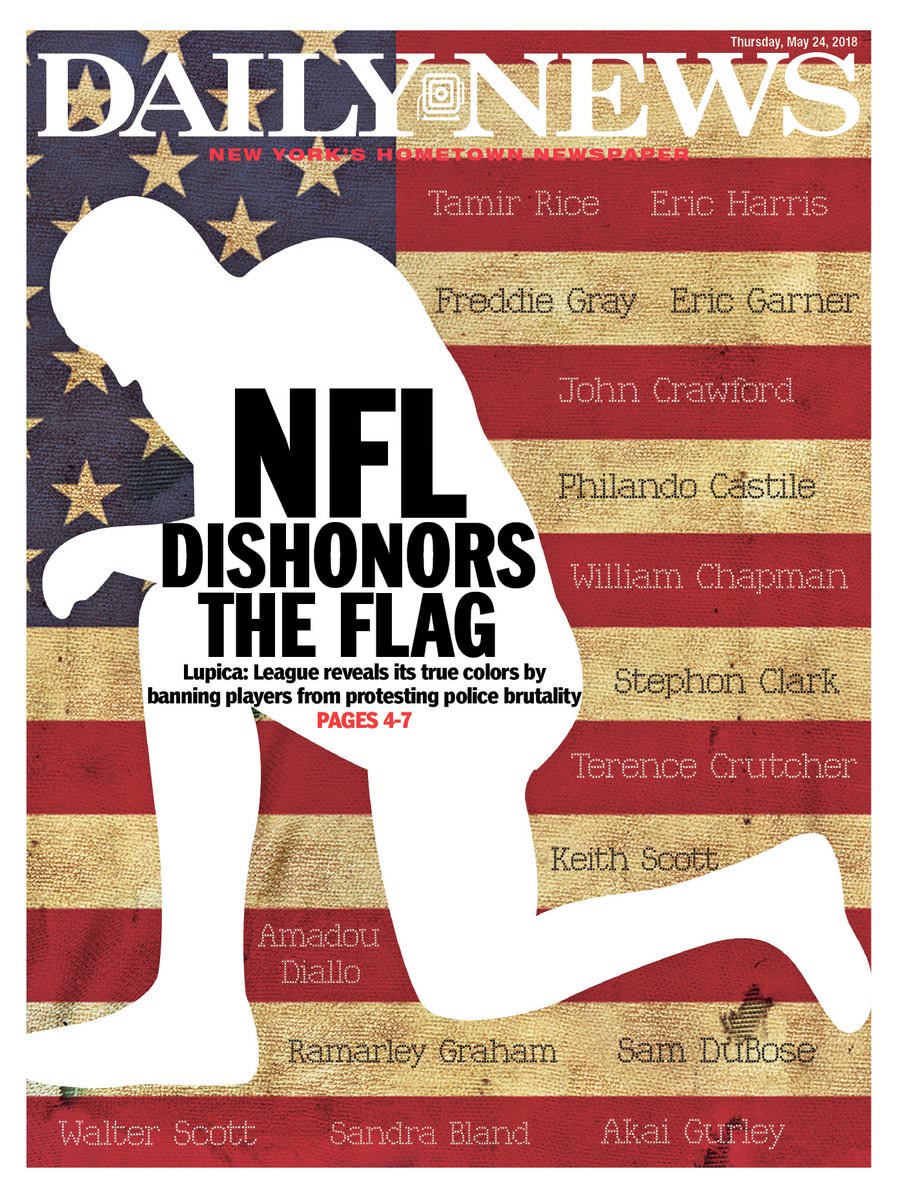 Post and Daily News on Same Side
I am not a Jets fan, and as such, it probably makes me more likely to praise the management of that football franchise, but still, this is not something that I would have anticipated doing.

The short version of this is that the owner is saying that he's going to cover the fines for anyoneone on his team kneeling during the anthem:


The Jets are not standing with the NFL in regard to standing for the national anthem.

After the league announced a rule change Wednesday — saying players must either stand for the anthem or stay in the locker room while it is being played — Jets Chairman and CEO Christopher Johnson said the team would support players who might choose to kneel anyway, and not issue any team fines.

“I plan to sit in the very near term with Coach (Todd) Bowles and our players to discuss today’s decision regarding the National Anthem,” Johnson said in a statement.

“As I have in the past, I will support our players wherever we land as a team. Our focus is not on imposing any Club rules, fines, or restrictions. Instead we will continue to work closely with our players to constructively advance social justice issues that are important to us. I remain extremely proud of how we demonstrated unity last season as well as our players’ commitment to strengthening our communities.”

Under the new league rule, if a player does go on the field and protest during the anthem, the team would be fined by the league. The new policy also enables each club to have its own rules if a player is on the field and does “not stand and show respect for the flag and the Anthem.”And, Johnson told Newsday, the team will absorb any league-imposed fines.

“I do not like imposing any club-specific rules,” he said. “If somebody (on the Jets) takes a knee, that fine will be borne by the organization, by me, not the players.

They might want to consider extending this whole, "Doing the right thing and doing the smart thing," bit to the game of Football, where their performance over the past two seasons has been lackluster.

Posted by Matthew Saroff at 7:40 PM