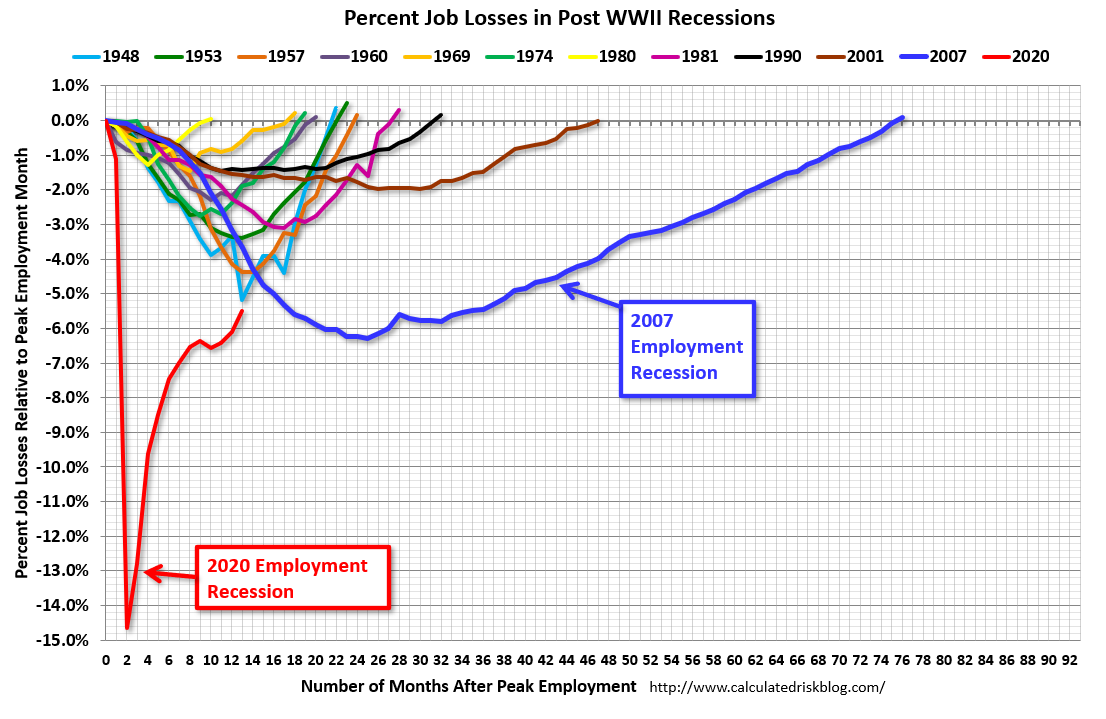 The Scariest Jobs Chart Ever 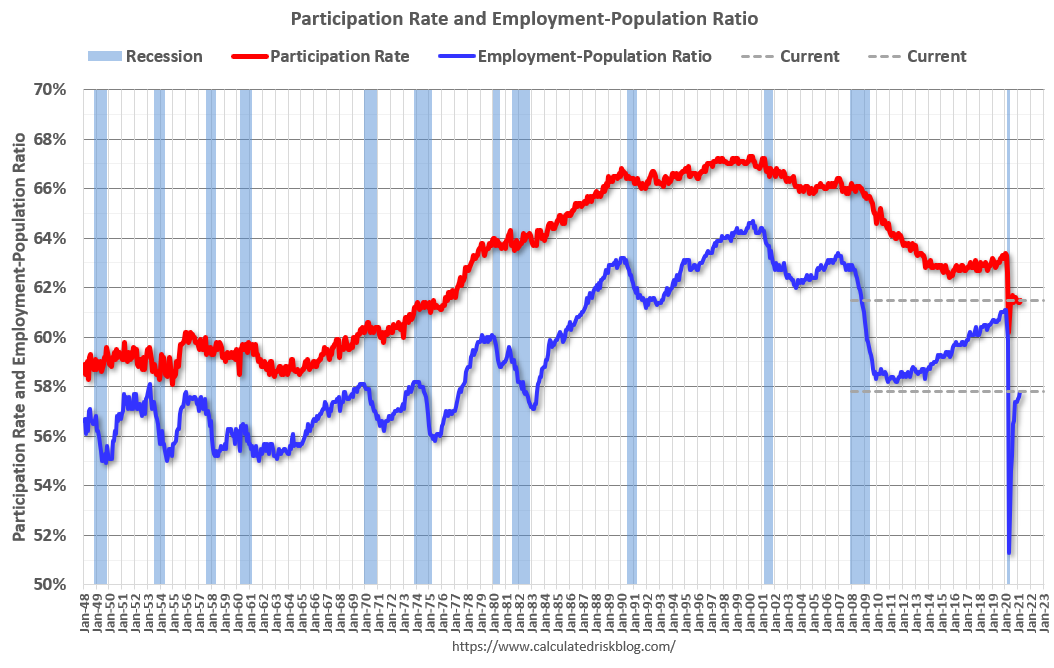 There were 916,000 added to non-farm payrolls in March, which is a very good performance, though not anywhere near close to what it was during the before time. (See graph pr0n)

Note that NFP is still down over 8 million from its peak, and the employment-population ratio is lower than it has been since the depths of the 1981 recession, and that the percentage of women in the workforce has risen steadily since that time, so an apples to apples comparison (correcting for women in the workforce and an aging population) might still have us back to somewhere in the great depression.

We're still in a hole, but it is not as deep:

U.S. hiring surged in March as the economic recovery accelerated, the start of what economists say could be a sustained run of job growth to industries, regions and workers hardest hit during the pandemic.

U.S. employers added a seasonally adjusted 916,000 jobs in March, the best gain since August, the Labor Department said Friday, and the unemployment rate, determined by a separate survey, fell to 6.0%, a pandemic low. Still, as of March, there are 8.4 million fewer jobs than in February 2020 before the pandemic hit.

The jobs rebound is gaining renewed momentum as more people are vaccinated against Covid-19, states lift restrictions on business activity, and consumers grow more comfortable dining, shopping and traveling outside their homes.

Note also that Covid numbers are spiking again, so we may see a reversal.

Friday’s report showed hiring rose in most industries, led by a gain of 280,000 in the category that includes restaurants and hotels. Employment also rose sharply in construction, most manufacturing sectors and public and private schools. Temporary help and auto manufacturing, where a semiconductor shortage has idled assembly plants, were weak spots.

So a lot of the growth was in lo wage jobs.

Some economists project job growth will top one million in April. Further out, economists surveyed by The Wall Street Journal project employers will add an average of 514,000 jobs each month over the next year, for a total of more than six million. That would mark the best 12-month stretch of job creation in decades but leave overall employment totals below where they stood before the pandemic.

I'll always be a pessimist, which comes from the fact that the "experts" have consistently given an excessively rosy assessment of economic outcomes of recessions throughout my entire adult life.

The levels of inequality in our society will weigh down any recovery.