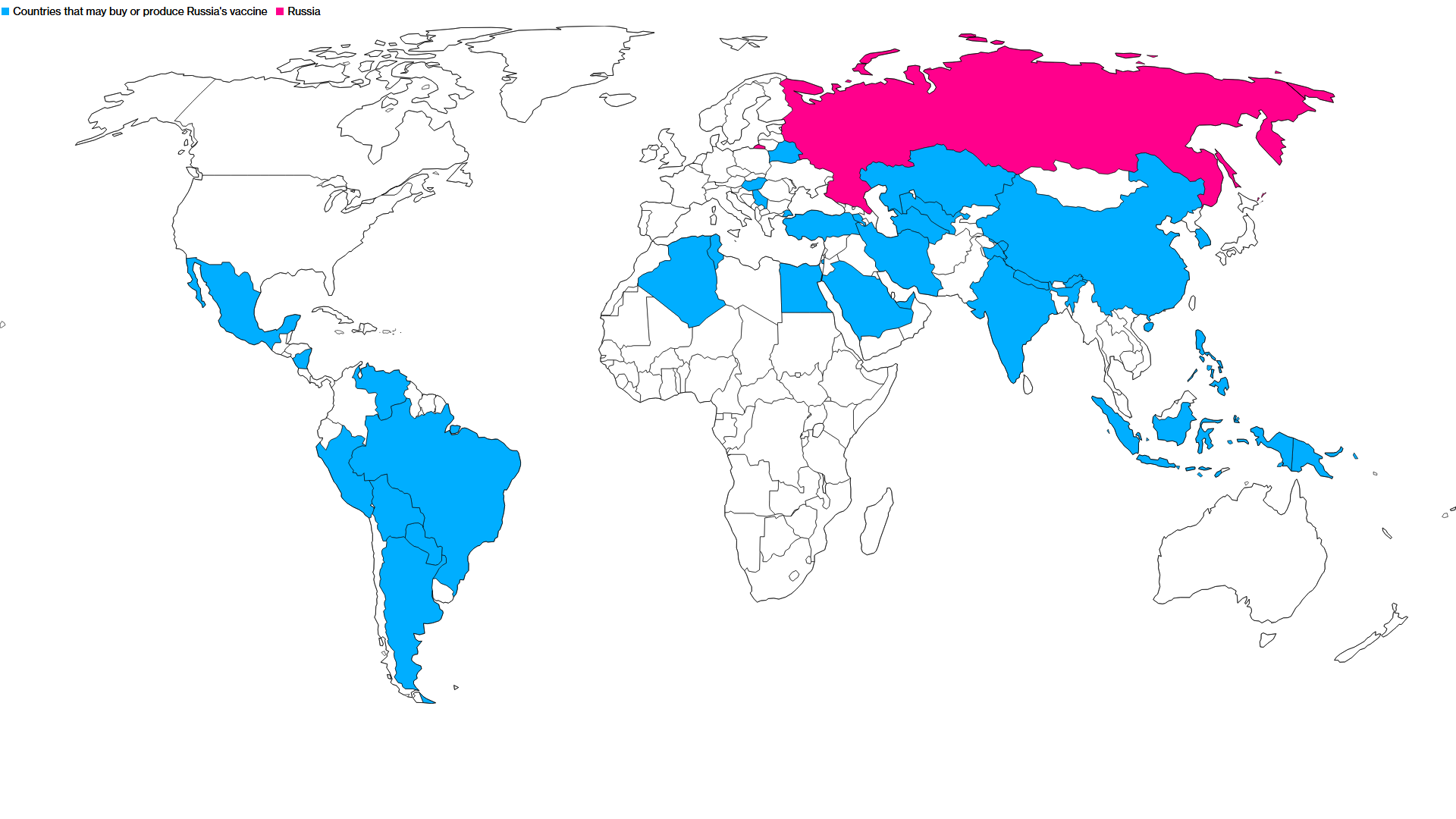 Countries that May Manufacture or Buy Sputnik V
In a world* where Covid-19 ravages the world, and no one can see a way out beyond giving taxpayer funded research to rent-seeking pharmaceutical companies, one nuclear armed nation's vaccing manages to turn in good numbers without looting by private actors.

By, "One nuclear armed nation," I do not mean the United States.  The idea of creation and distribution of medications without government subsidies is completely beyond the pale in this country.

I am referring to Russia, where the Sputnik vaccine is not showing effectiveness in excess of 90%, at a lower cost and without the handling issues of the mRNA vaccines being rolled out in the United States.

There is a precedent, the widespread popularity of the AK-47, which occurred because anyone could make it without IP concerns:

President Vladimir Putin’s announcement in August that Russia had cleared the world’s first Covid-19 vaccine for use before it even completed safety trials sparked skepticism worldwide. Now he may reap diplomatic dividends as Russia basks in arguably its biggest scientific breakthrough since the Soviet era.

Countries are lining up for supplies of Sputnik V after peer-reviewed results published in The Lancet medical journal this week showed the Russian vaccine protects against the deadly virus about as well as U.S. and European shots, and far more effectively than Chinese rivals.

At least 20 countries have approved the inoculation for use, including European Union member-state Hungary, while key markets such as Brazil and India are close to authorizing it. Now Russia is setting its sights on the prized EU market as the bloc struggles with its vaccination program amid supply shortages.

Its decision to name Sputnik V after the world’s first satellite whose 1957 launch gave the Soviet Union a stunning triumph against the U.S. to start the space race only underlined the scale of the significance Moscow attached to the achievement. Results from the late-stage trials of 20,000 participants reviewed in The Lancet showed that the vaccine has a 91.6% success rate.

Sputnik V uses a platform based on the adenovirus, which causes the common cold, and has been studied in vaccine development for decades, though its effectiveness is yet to be proven. AstroZeneca’s is similar, while drugs developed by Moderna and Pfizer and BioNTech rely on a new technology, which uses genetic instructions in a nucleic acid molecule called mRNA to program a person’s cells to make the viral protein itself, triggering an immune response.

Unlike the Pfizer/BioNTech vaccine, Sputnik V can be stored in a fridge rather than a freezer, making it easier to transport and distribute in poorer and hotter countries. At around $20 for a two-shot vaccination, it’s also cheaper than most Western alternatives. While more expensive than AstraZeneca, the Russian inoculation has shown higher efficacy than the U.K. vaccine.

The take-away here is not that Russia is some sort of biotech super-power, it clearly is not.

The take-away here is, or at least should be, that the US model, taxpayer financed research leading to private profits through additional government subsidies (patents) is not necessarily the best model to develop medical treatments.