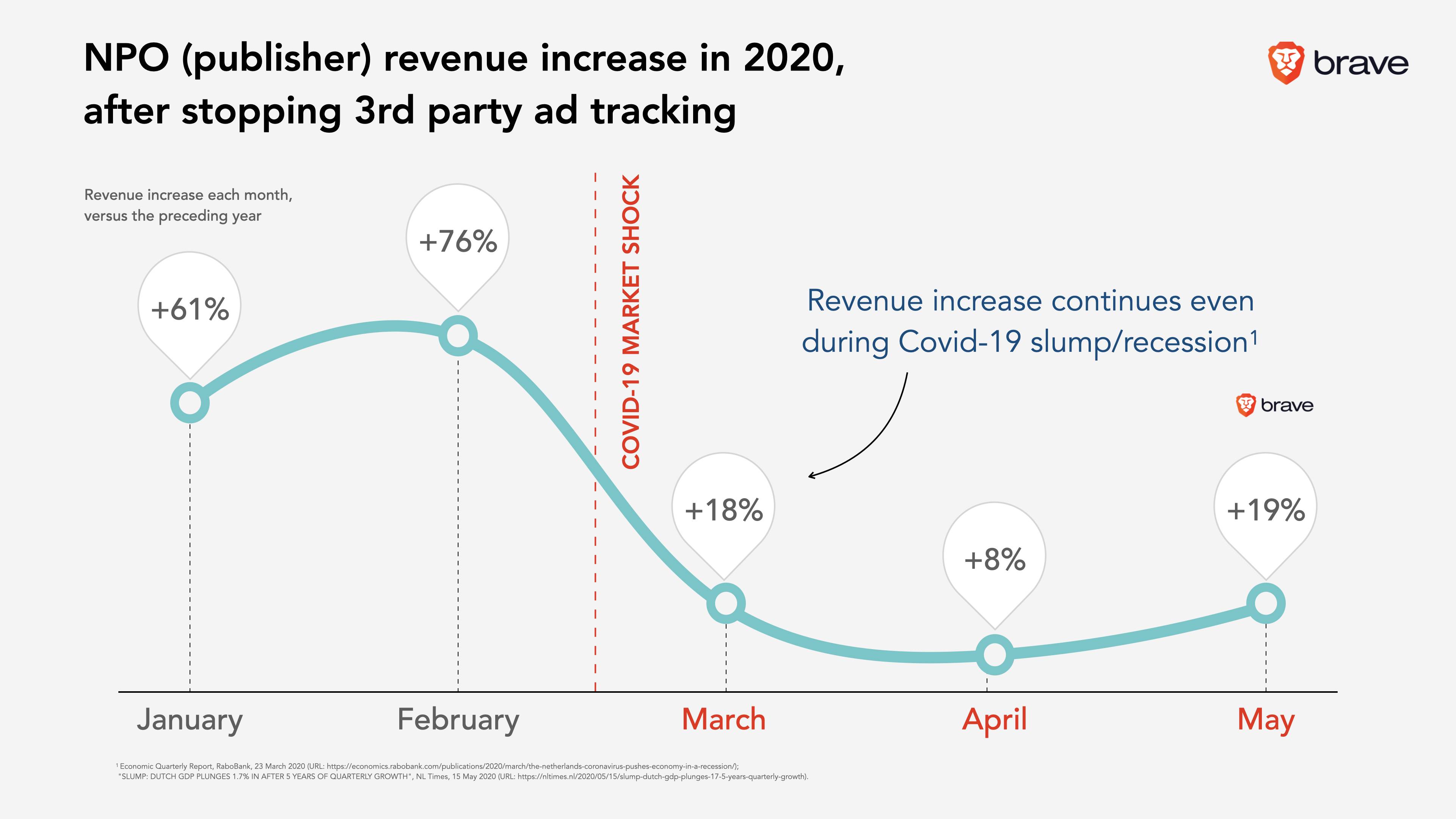 Revenue Increased Even During the Covid Shutdown
Dutch broadcaster NPO turned off trackers on its online videos, and their revenue went up.

Obviously, more data is necessary, but it does appear that the core business model of both Google and Facebook, that engaging in systematic and extensive stalking of people across the internet makes advertising more effective, may not be true:

From a marketing perspective, targeted advertising is supposedly a dream realised: why waste money showing ads to people who are not likely to become customers? The success of Facebook is based on the ability of advertisers to define an audience by location, age, sex, personal interests and more.

Another idea is tracking the customer journey, from first seeing an ad to the final purchase. Great for marketing, but there are concerns about ad targeting based both on privacy and controversial matters like disinformation and manipulative political campaigns.

Contextual targeting is the old-school approach of showing ads related to the content around them, such as displaying holiday advertising alongside travel features. Search engine DuckDuckGo relies on this, saying: "When you search on DuckDuckGo, we can show you an ad based on the keywords you type in. That's it."

The research is based on a report by STER (Stichting Ether Reclame), the company that manages advertising for NPO, which was presented at the Computer Privacy and Data Protection (CPDP) 2020 conference held in Brussels in January. The big question: how is it that contextual advertising can bring in more revenue for the publisher?

The answer may be more to do with the nature of the adtech industry than the effectiveness of the ads themselves. STER says that non-personalised ads are "just as effective", measured by number of clicks an ad attracts, though the click-through is not a complete analysis of effectiveness.

How much is this cut? Ryan refers to a 2016 report in which The Guardian said that "a lot of the money that [advertisers] think they are giving to premium publishers is not actually getting to us."

In the worst case, only 30 per cent of the money paid by the advertiser reaches the publisher, according to the report. This means contextual advertising is potentially much more profitable for publishers, even if the ads themselves are somewhat less effective. According to Ryan, RTB "is a cancer eating the heart of legitimate media, and a business model for the bottom of the web." The suggestion, therefore, is not so much that targeted advertising never works, but rather that a greedy adtech industry, along with the impact of privacy concerns, is giving publishers an incentive to return to plain old contextual advertising.

This is potentially a very big deal if we can find more examples of this, because it strikes at the core of Facebook and Google's business model.

On a broader level, the collection and analysis of data when there is no benefit to the final results is endemic in society.

It's why we see the testing mania in public schools, and the explosion of administrative positions in secondary education, where there are armies of people being recruited to perform what are essentially Bullsh%$ Jobs.

Posted by Matthew Saroff at 8:28 PM