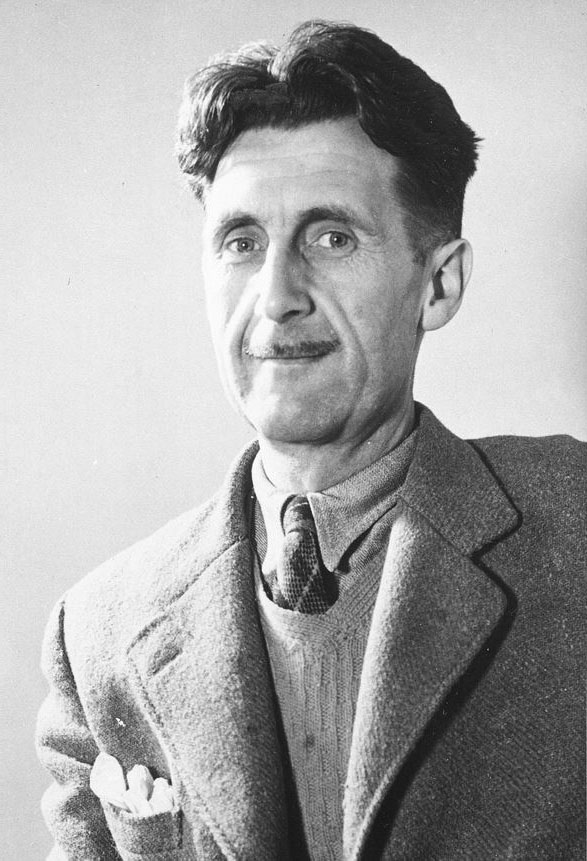 Eric Arthur Blair, aka George Orwell has achieved high rotational momentum
Almost a year ago, the U.S. Judicial Conference Committee on Codes of Conduct announced that it was listing that the Federalist Society was explicitly an advocacy organization, (patently obvious) and so it was prohibited for sitting federal judges to attend their events.
Now, the right wingers dedicated to subverting fair trials and just in the United States are throwing a sh%$ fit over this:


The left doesn’t care about judges; the right does. If you want proof, look no further than a major campaign underway in conservative circles around a new ethics rule that could undercut the power of the Federalist Society. Haven’t heard of it? That’s the point.

The rule change, which was proposed by the ethical advisory arm of the federal judiciary and began circulating in January, would ban judges from being members of groups like the Federalist Society, the right-wing legal group that has been central to Trump’s transformation of the courts, and the American Constitution Society, a liberal legal group. It wouldn’t affect the ability to attend and participate in Federalist Society and American Constitution Society panels and events; the proposal simply says that active membership in these organizations is inconsistent with a judge’s ethical obligations. And conservatives are up in arms.

Twenty-nine Republican senators, including Senate Majority Leader Mitch McConnell, sent a letter to the chair of the Committee on Codes of Conduct in March, urging they “withdraw this flawed draft opinion.” Sen. Ben Sasse, R-Neb., in a statement from his office, told National Review that it’s “wrong to target the Federalist Society,” calling the draft rule the “product of liberal smear campaign that will erode confidence in an independent and fair Judiciary.” Democratic senators, for the most part, have made no effort to publicly defend the rule or weigh in on the debate.

Shorter Ben Sasse, who is inadvertently channeling Groucho Marx, "Who ya gonna believe me or your own lying eyes?"

Needless to say, the rent-a-crowd is going insane over this.

Posted by Matthew Saroff at 9:02 PM