This Will Not End Well 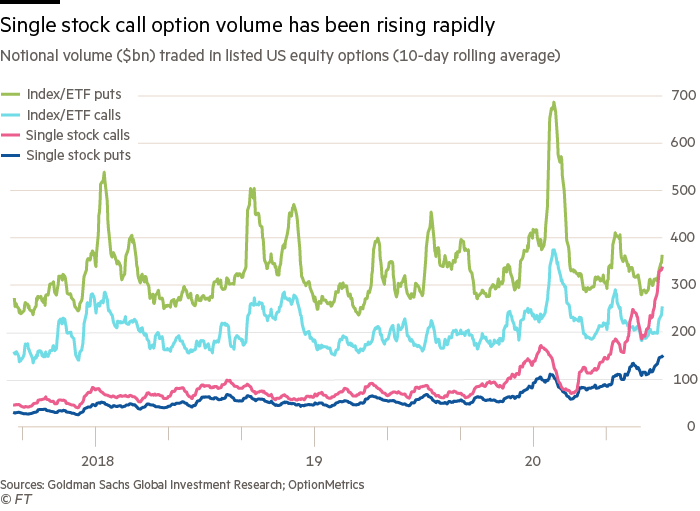 Nothing to see here ……… Move along
There have been some very odd, and VERY large movements in the US stock market driven by a huge purchase of equity derivatives (Warren Buffet defined derivatives, "Financial weapons of mass destruction.") of tech stocks.
Someone has been making huge, and risky, speculative bets.

A cynic might think that some deep pocketed operator is attempting to use their deep pockets to move the market, and then cash out in a classic, "Pump and dump."

Well, now it seems that Softbank, whose whole model is to pump up some hair-brained operation (**cough** WeWork **cough**) and then find some idiots to buy their stake, is the "Nasdaq whale".

Let's be clear, when you are nicknamed a whale in finance, it does not bode well. Just ask JP Morgan Chase's, "London Whale," Bruno Iksil.

The problem is that it is likely that the taxpayers are going to be paying out when this all goes pear shaped:


SoftBank is the “Nasdaq whale” that has bought billions of dollars’ worth of US equity derivatives in a series of trades that stoked the fevered rally in big tech stocks before a sharp pullback on Thursday and Friday, according to people familiar with the matter.

The aggressive move into the options market marks a new chapter for the investment powerhouse, which in recent years has made huge bets on privately held technology start-ups through its $100bn Vision Fund. After the coronavirus market tumult hit those bets, the company established an asset management unit for public investments using capital contributed by its founder, Masayoshi Son.

Now it has also made a splash in trading derivatives linked to some of those new investments, which has shocked market veterans. “These are some of the biggest trades I’ve seen in 20 years of doing this,” said one derivatives-focused US hedge fund manager. “The flow is huge.”

One person familiar with SoftBank’s trades said it was “gobbling up” options on a scale that was even making some people within the organisation nervous. “People are caught with their pants down, massively short. This can continue. The whale is still hungry.”

The overall nominal value of calls traded on individual US stocks has averaged $335bn a day over the past two weeks, according to Goldman Sachs. That is more than triple the rolling average between 2017 and 2019. The retail trading boom has played a big part in the frenzy, but investors say the size of many recent option purchases are far too big to be retail-driven.

The size and aggressiveness of the mysterious call buyer, coupled with the summer trading lull, has been a big factor in the buoyant performance of many big tech names as well as the broader US stock market, according to Mr McElligott. This week, he warned that dynamics around options meant the heavy purchases forced banks on the other side of the trades to hedge themselves by buying stocks, in a “classic ‘tail wags the dog’ feedback loop”.

Meanwhile, people are dumping Softbank stocks, because it is self-evidently clear that what they are doing now is bat-sh%$ insane.

In any case, don't go long on anything if you might need that money in the short term.

We are in a Wile E. Coyote moment right now.

Posted by Matthew Saroff at 8:32 PM