Because the Consulting Get Their Vig 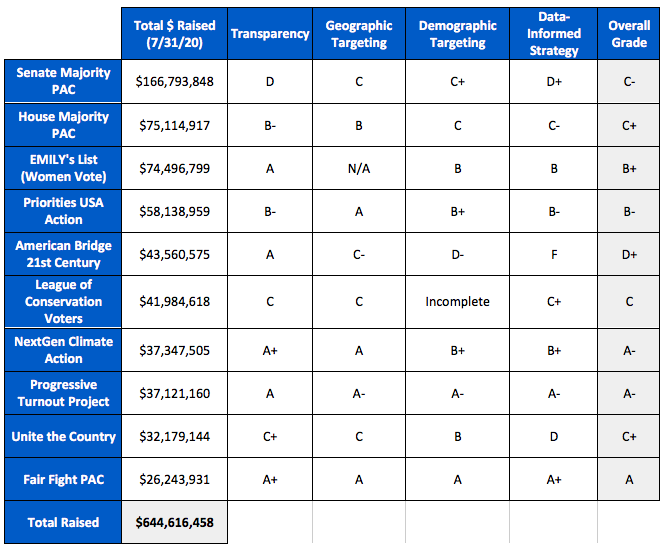 Not a great report card
Over at The Nation, they are wondering why so many of the super-PACs were spending their money so stupidly.

The answer is simple: The consultants are paid a percentage of the media buys, so the more that is spent, the more money they get.

Quoting Upton Sinclair YET AGAIN, "It is difficult to get a man to understand something, when his salary depends on his not understanding it."


Why do we settle for mediocrity when we should be insisting on excellence? Having spent the past few weeks working on a report card grading the Democratic super PACs and the more than $600 million they’re planning to spend on the fall elections, my main takeaway is that we tolerate far too much mediocrity in progressive politics.

The grades given in the report cards span the spectrum from D+ and C- (American Bridge 21st Century and Senate Majority PAC) to A and A- (Fair Fight, Next Gen Climate Action, and the Progressive Turnout Project), and the underlying analysis clearly shows that tens of millions of dollars are being wasted on spending strategies that are unsupported by—if not directly contradictory to—what the empirical evidence says we should be doing. A summary chart is below, and you can read the full report here.

The consultants are paid a percentage of he spending, so it is no wonder that they try to maximize spending, and hence their pay.