In yet another example of how the Boyz in Blue are covering with glory, while protests were raging, a squad of officers, including supervisors, hung out in Representative Bobby Rush's office drinking his coffee and popping his microwave popcorn.
One took a nap on the office couch.

Then again, considering that their job right now is basically basically brutalizing people for engaging in First Amendment protected behavior.

Still, their asses should be fired:


As protests across Chicago devolved into chaos last week and residents started to loot nearby stores, police officers were making popcorn and drinking coffee while “lounging” inside Congressman Bobby Rush’s office, officials said in a stunning news conference on Thursday. 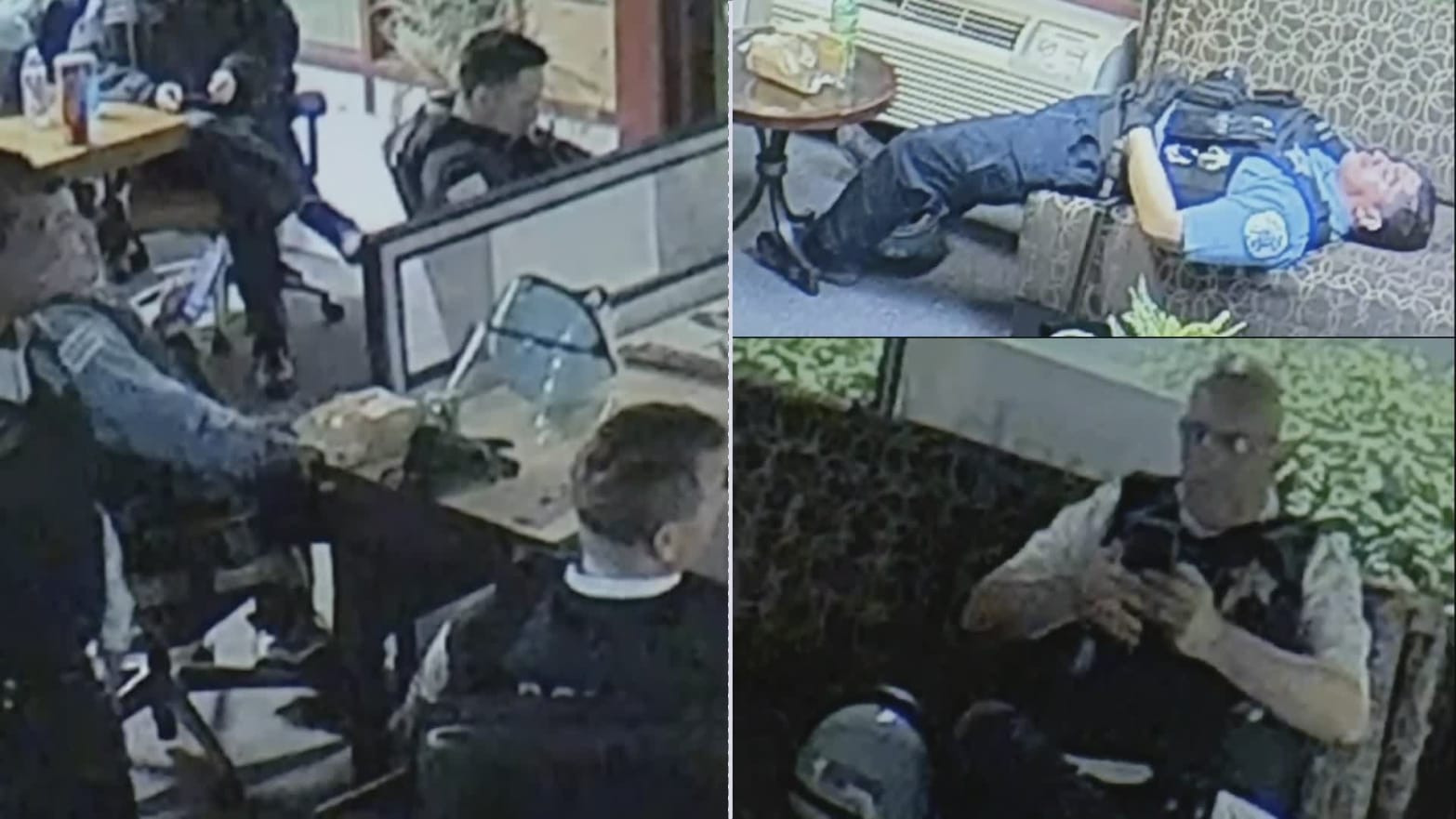 This is F%$#ed Up & Sh%$
Speaking alongside Mayor Lori Lightfoot, Rush said at least 13 Chicago Police officers were loitering inside his South Side campaign office in the early hours of June 1 and were “relaxing” while nearby stores were being looted and burned, and their fellow officers were clashing with demonstrators.

“They even had the unmitigated gall to make coffee for themselves and to pop popcorn, my popcorn, in my microwave, while looters were tearing apart businesses within their sight and within their reach,” Rush (D-IL) said.

The incident, which Rush and Lightfoot said was captured on CCTV, showed the officers—and at least three supervisors—with feet up on desks. One officer “was asleep on my couch” while another “was on his cellphone,” Rush said.

Lightfoot, at times visibly angry and tearful during the Thursday press conference, said the officers “demonstrated a total disregard for their colleagues [and] for the badge” and should be held accountable. She said she and her team were “enraged” when they learned of the incident. None of the 13 officers has been identified, and she urged them to come forward before investigators find them.

They're not going to come forward, because ……… COPS.

That being said, when they get caught, I think that the statement from the Chicago police union defending them is going to HAVE to be one for the ages.

Posted by Matthew Saroff at 8:07 PM