Making Sure that A Democratic Victory Will Have No Meaning 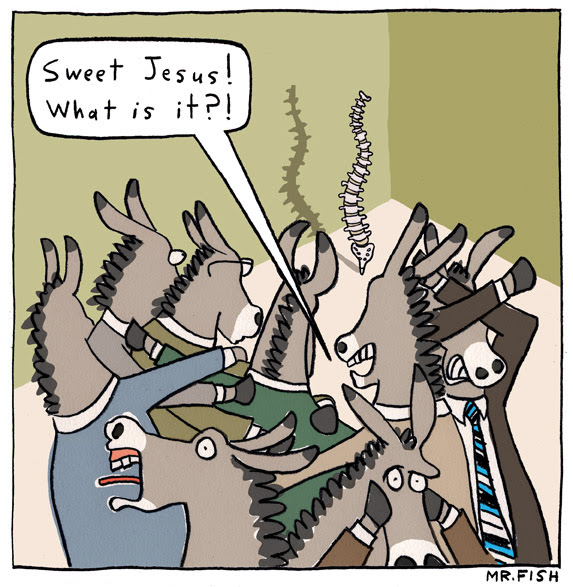 Democrats have promised to being back "Pay-Go" rules if they take control of the House.

I get it, they want to wear their bib-boy pants, and this makes them feel like the adults in the room.

Unfortunately, it means that Democrats will do nothing for ordinary people if they gain power.

What's more, "Pay-Go" is, and always has been, little more than an attempt to justify hurting poor people, Bill Clinton's "Welfare Reform" being a classic example.

n 2006 and 2008, by allowing themselves to be reluctantly dragged into opposing a stupid and unpopular war, the Democrats ran the table.

They got their "Shellacking" in 2010 because they did nothing with that power.

Also note that this effectively makes single-payer impossible, particularly since it has to be run through a Congressional Budget Office whose staff has been packed with Neanderthals for the past 10 years.

Also add to this the fact that the other side never ever does this when they are in power.

Posted by Matthew Saroff at 7:07 PM

Oh, the Democrats have spines. They just want their base to THINK that they don't, while they serve their purpose: occupying the mental real estate which could otherwise be taken by a populist left-wing movement.

My mother honestly believes that Obama had good intentions, for example. The seven countries he bombed, the prosecution of more whistleblowers than all previous Presidents combined, and the refusal to prosecute torturers and Wall Street bankers were all cases of him being "tricked" by the Republicans.