The "EM Drive" is alleged to provide reactionless thrust.

Someone finally set up a sensitive and repeatable test protocol, and they measured thrust.

A small fly in the ointment though, the thrust occurred without regard of how the motor was facing.


It was bound to happen eventually. A group of researchers that may actually be competent and well-funded is investigating alternative thrust concepts. This includes our favorite, the WTF-thruster EM-drive, as well as something called a Mach-Effect thruster. The results, presented at Space Propulsion 2018, are pretty much as expected: a big fat meh.

The key motivation behind all of this is that rocket technology largely sucks for getting people around the Solar System. And it sucks even worse as soon as you consider the problem of interstellar travel. The result is that good people spend a lot of time eliminating even the most far-fetched ideas. The EM-drive is a case in point. It's basically a truncated hollow copper cone that you feed electromagnetic radiation into. The radiation bounces around in the cone. And, by some physics-defying magic, unicorns materialize to push you through space.

The key problem seemed to be that the main proponents of crazy space thrusters may actually be pretty bad at doing experiments. All in all, I would have moved on, but others are more thorough than I am.

Let the adults have a go

A group of German scientists has now gotten a reasonable amount of money under the rubric of testing all the things. Basically, because the various space agencies have whispered that no idea is too silly to ignore, we need an effective way to quickly test all the stupid space stuff on the Internet. The Germans are currently building something that is designed to do all that testing. It is an awesome bit of equipment.

First, everything is done in vacuum. And, not just the poor vacuum that you might get by attaching a Hoover to a leaky box—they can get down to a respectable billionth of atmospheric pressure. This is not world-class vacuum, but it is certainly overkill for testing the various WTF-thrusters.

Inside the vacuum, the researchers use a torsion balance attached to a calibrated spring to measure thrust. They’ve got the whole thing automated, so they can level the balance, change the tension of the spring, run calibrations on the torsion bar (they have two methods of calibration), and do tests without ever opening the box. They can even rotate the thruster during the test. Being automated, they can repeat the same measurement under the same conditions multiple times and take the average. The current system is sensitive to around 10nN (nano-Newtons) of force.

Testing all the things

Instead of getting ahold of someone else’s EM drive, or Mach-effect device, the researchers created their own, along with the driving electronics. Let’s start with the EM drive.

The researchers used precision machining and polishing to obtain a microwave cavity that was much better than those previously published. If anything was going to work, this would be the one. The researchers built up a very nice driving circuit that was capable of supplying 50W of power to the cavity. However, the amplifier mountings still needed to be worked on. So, to keep thermal management problems under control, they limited themselves to a couple of Watts in the current tests.

The researchers also inserted an enormous attenuator. This meant that they could, without physically changing the setup, switch on all the electronics and have the amplifiers working at full noise, and all the power would either go to the EM drive or be absorbed in the attenuator. That gives them much more freedom to determine if the thrust was coming from the drive or not.

And the winner is… Physics, without much doubt. Even with a power of just a couple of Watts, the EM-drive generates thrust in the expected direction (e.g., the torsion bar twists in the right direction). If you reverse the direction of the thruster, the balance swings back the other way: the thrust is reversed. Unfortunately, the EM drive also generates the thrust when the thruster is directed so that it cannot produce a torque on the balance (e.g., the null test also produces thrust). And likewise, that “thrust” reverses when you reverse the direction of the thruster.

The best part is that the results are the same when the attenuator is put into the circuit. In this case, there is basically no radiation in the microwave cavity, yet the WTF-thruster thrusts on.

So, where does the force come from? The Earth’s magnetic field, most likely. The cables that carry the current to the microwave amplifier run along the arm of the torsion bar. Although the cable is shielded, it is not perfect (because the researchers did not have enough mu metal). The current in the cable experiences a force due to the Earth’s magnetic field that is precisely perpendicular to the torsion bar. And, depending on the orientation of the thruster, the direction of the current will reverse and the force will reverse. The researchers made some calculations, based on the location of the experiment and the amplifier current, and got a torque that agreed quite well with the measured torque.

This is, of course, not the final word. But it is an excellent cautionary tale. The thrust that the researchers measured with just a couple of Watts of power was the same as that measured previously with 50W of power. And that was all due to a shielding problem. When the amplifiers are properly mounted and the shielding is in place, it will be even more difficult to detect the thrust, because the effects of noise will grow as well. I expect a flood of null results in the next year. 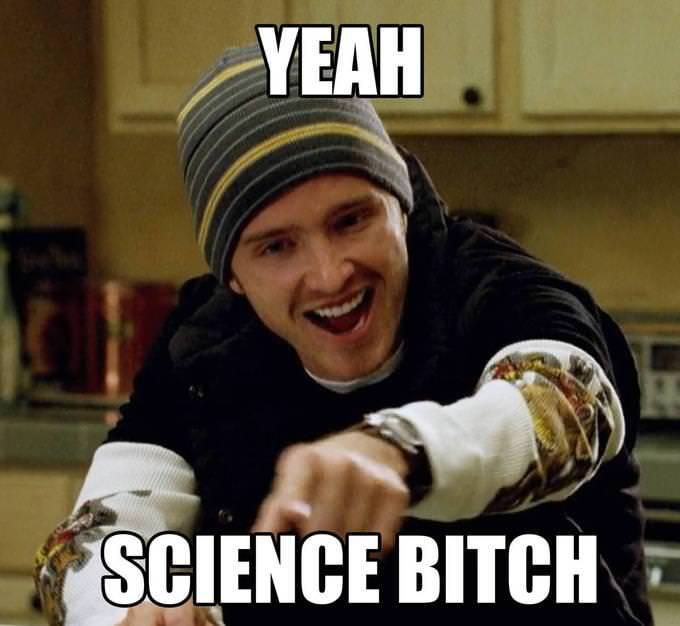 They also did similarly precise tests on something called, "Mach Effect Thrusters," with similarly dismal results.

Score one for physics.

There may be some ways to cheat the laws of physics, thought Lt. Commander Montgomery Scott has always been dubious of such things, as have I.

If you think that you have a breakthrough in basic physics on the macro level,* check your experimental design and methodology.

You've probably f%$#ed something up.

*Note that one does get seemingly "magical" results from some quantum mechanical effects, but these actually reflect the theory, they are just weird, they don't actually violate the laws of physics they follow it.