They've Been Working This for Years 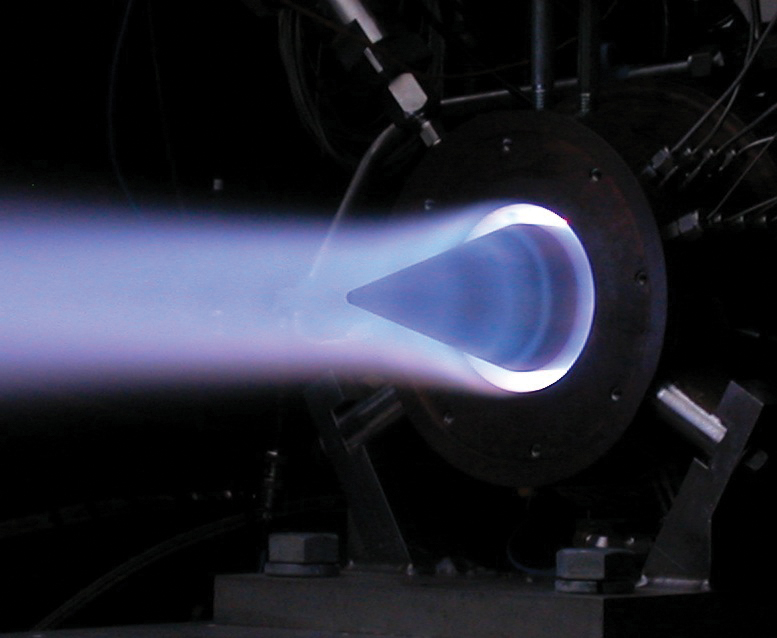 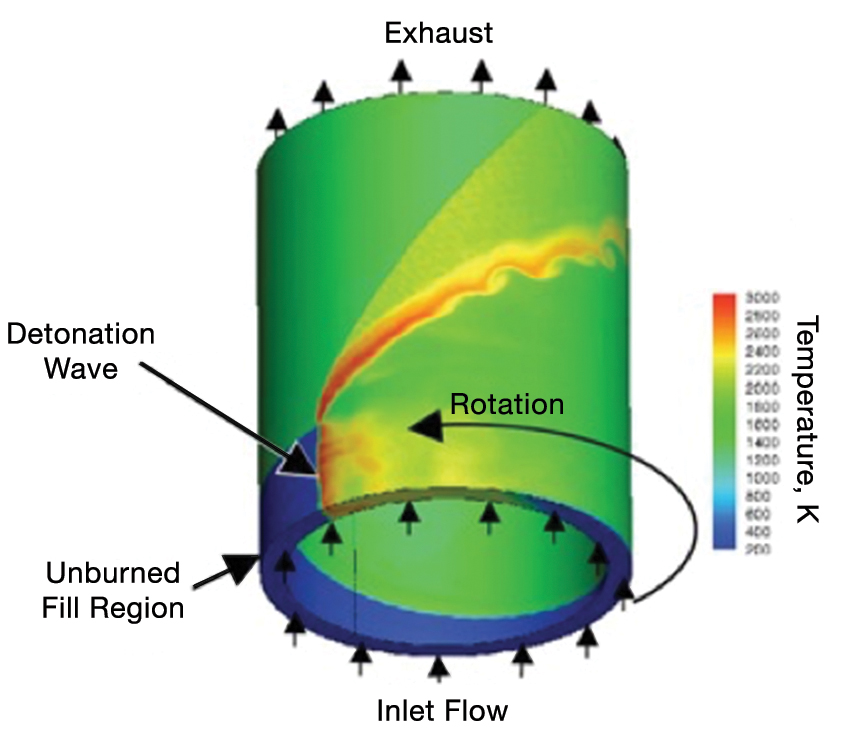 The detonation front moves helically around the combustion chamber
Conventional turbine engines use combustors that rely on deflagration (burning).

Theoretically, if you can burn the fuel through detonation (explosions), you can get a significant improvement in efficiency.

That being said, this is hard to do, but Aerojet Rocketdyne has a new way to approach detonation technology: (paid subscription required)


For over 70 years, jet engines have powered airplanes ever more safely and efficiently. But, despite higher core temperatures and pressures, and the introduction of efficient propulsion concepts like the geared fan, conventional gas turbines may be running out of runway.

A fundamental change in the way a gas turbine combusts air and fuel in its core could open a path to a new era of jet engine development, however. Long pursued by propulsion researchers as a potential game-changing thermodynamic technology for gas turbines, the concept of pressure-gain combustion appears to be finally making headway.

Unlike current gas turbines in which air is compressed, mixed with fuel and combusted at a constant pressure, the air and fuel mixture in a pressure-gain engine is detonated in a wave that rapidly compresses the mixture and adds heat at a constant volume. Because detonations produce extremely high pressures, the unsteady constant volume combustion process creates pressure gain in the burner, offering potential improvements of more than 15% in thermal efficiency and fuel consumption.

But getting a detonation engine to deliver these efficiencies is extremely difficult. Despite at least two decades of experimentation with various pressure-gain combustion devices, researchers have yet to demonstrate a detonation engine that operates in a practical way, either as a means of augmenting current gas turbines or as a propulsion system in its own right.

Now, Aerojet Rocketdyne hopes to change this with the RDE. To be studied with the National Energy Technology Laboratory (NETL) of the U.S. Energy Department, the RDE is a simple combustion chamber contained in an annular ring that uses most of the compression for efficiency gains by allowing the detonation wave to propagate continuously around the curved edge of the chamber.

Proving the ability of the unsteady combustor to interact efficiently with the turbine is crucial to the viability of the RDE, which differs from some alternative pressure-gain concepts such as tube-configured pulse detonation engines (PDE). These configurations fire intermittently because the fuel/air mixture needs to be renewed between detonation waves. Although PDEs have been developed and even were test-flown in 2008, Aerojet Rocketdyne selected the RDE as a more promising option because it is “a very elegant solution,” says Claflin. “It has minimal moving parts and the combustion process is continuous, unlike a PDE, which has valves cycling on and off at high rates.”

Most of the work on PDEs has dealt with their being a successor to conventionally combustion ramjets, though it's rather similar to the pulse jets used on the V-1 "Buzzbombs".


The RDE comprises an annular ring with nozzles at the inlet end that inject a mixture of fuel and air axially from a high-pressure plenum. The mixture is ignited once to begin the detonation process, which propagates circumferentially around the combustion chamber. The gas expands in azimuth and axially, while the exhaust and injection systems both operate axially. Because the detonation propagates in azimuth around the annular chamber, the kinetic energy of the inflow is reduced and the RDE uses most of the compression for gains in efficiency. “It is an unsteady process, but the axial flow is continuous and we end up with very-high-power densities because of it,” adds Claflin.

I rather think that the first applications will be for stationary equipment, power plants and the like, but until we see some real complete hardware out there doing actual work, whether it's generating electricity or powering an aircraft.

Until then, I take it as a technology that is always just around the corner.

Posted by Matthew Saroff at 9:12 PM